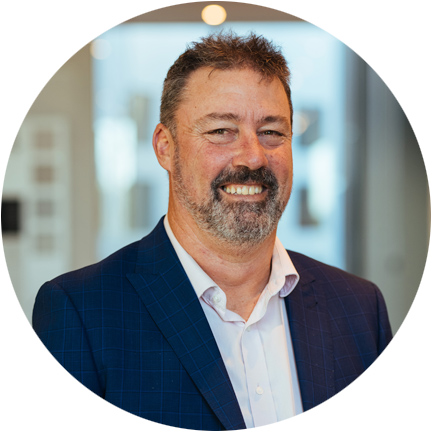 Professor Darren Shafren B Sc. (Hons) Ph.D. has over 20 years’ experience in basic and molecular virology research. As Chief Scientific Officer (CSO) of ImmVirX, he is responsible for the research, development, and intellectual property management of the company’s oncolytic immunotherapeutic program. Dr Shafren is also Associate Professor of Virology on the Faculty of Health, University of Newcastle, and works from ImmVirX’s state-of-the-art laboratory in the Hunter Medical Research Institute (HMRI) in Newcastle, New South Wales, where he leads a staff of scientists and research personnel.

Prior to co-founding ImmVirX, he was Chief Scientific Officer and inventor of Viralytics’ oncolytic viral therapy, CAVATAKTM. At the time of the Merck acquisition, CAVATAKTM had been tested in 10 clinical trials and showed clinical benefit in the treatment of melanoma, bladder, and lung cancer. .

Dr Shafren’s work has been peer reviewed and acknowledged by numerous international scientific publications. His career in virology and immunotherapy has been one of notable progress, starting in 1998 when he was awarded the HMRI Young Medical Researcher of the Year prize and continuing until the current day. His expertise in clinical development has been demonstrated by the successful design and completion of human clinical trials including sites at prestigious cancer research centres in the United States and the United Kingdom.

No other team members found.